In discussing the process of litigation, the rhetorical toolbox is oftentimes (and artificially) confined to two tools: (1) the law and (2) the facts. One of the first things taught to law students is that we must effectively understand the law and exhaustively apply the facts to the law. In fact, it is this skill that is taught most vigorously during the first year of law school with acronyms to guide (or force) writing structures like IRAC (Issue, Rule [or law], Application, and Conclusion). 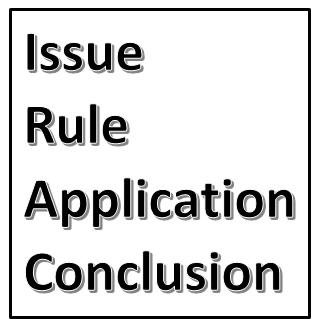 In fact, most law school tests are created in a way that emphasizes this format of thinking. This methodology is so ingrained in most attorneys’ thought process that it can be fairly said to encompass the idea of what it means to “think like a lawyer.” Most court decisions, legal briefs and legal arguments follow the IRAC method. It is so ingrained, that most attorneys can identify authors and presenters with legal training by recognizing this format of thinking. However, the truth is that the law and its analysis is much messier than a four letter acronym. Judges, attorneys, witnesses and the public are influenced by more than just the law and a well-reasoned application of the facts to the law. In addition to the law, professional standards and general ethical standards influence rulings that may be legal in the strictest sense, but may violate industry standard or generally accepted ethical behavior. More importantly, the law, at least most civil laws, permit consideration of extra-legal considerations by asking fact finders to consider whether behavior is “reasonable” as opposed to legal. Thus, the “Rule” aspect of legal rhetoric is generally broader than just the statutes and case law of the past. Rather, it looks more like this:

At its core, every lawsuit involves an ethical dilemma. Thus, there is inherently a “judgment” that must take place as to the resolution. While the reasoning behind a judgment is important, so too is the intuition of the judgment. In other words, the primary reaction, the gut reaction, the “is it fair”, the “is it right” factor is a huge part of the judgment process.

When confronted with an ethical dilemma, humans will develop evaluative feelings (gut reactions) on complicated issues within 200 to 250 milliseconds. (JJA Van Berkum, t. 2009. Right or wrong? The Brain’s Fast Response to Morally Objectionable Statements. Psychological Science, 20:1092-1099) Thus, we must assume that as soon as we frame the issue, a judge, a jury, or a witness is forming an intuitive reaction within a quarter of a second. A quarter of a second! This happens at the issue stage of the legal IRAC analysis. It happens before the law, before the application of facts and before we conclude.

The point of this post is not to criticize the IRAC methodology. Rather, it is to provide a reminder that all persons in a judgment situation are influenced by more than an attorney’s well-reasoned arguments. Humans--all humans--are influenced by their base intuition. As we make arguments, identify issues and advocate, it is important that we remember that half of the equation, particularly when a judgment is on the line.

This information is made available by Spaulding Law for educational purposes only and not to provide legal advice. By using this website, you understand that there is no attorney-client relationship between you and Spaulding Law, unless you have entered into a separate representation agreement. This information should not be used as a substitute for competent legal advice from a licensed professional attorney.