It is said that All Hallows' Eve is one of the nights when the veil between the worlds is thin. Whether you believe in such things or not, those roaming spirits probably believe in you. Even the air feels different on Halloween, crisp and bright.

Evolving from the Celtic holiday, Samhain, modern Halloween has become less about literal ghosts and more about costumes and candy. The Celts used the day to mark the end of the harvest season and the beginning of winter. They also believed that this transition between the seasons was a bridge to the world of the dead. Over time the holiday transitioned from a somber pagan ritual to a day of merriment, costumes, parades and sweet treats for children and adults. 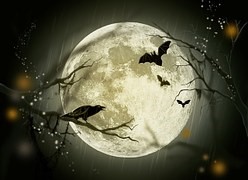 Halloween or All Hallows' Evening is a yearly celebration observed in a number of countries on October 31, the eve of the Western Christian feast of All Hallows' Day. Typical festive Halloween activities include trick-or-treating, attending costume parties, decorating, carving pumpkins into jack-o'-lanterns, lighting bonfires, apple bobbing, visiting haunted attractions, playing pranks, telling scary stories and watching horror films. In many parts of the world, the Christian religious observances of All Hallows' Eve, including attending church services and lighting candles on the graves of the dead, remain popular. In other locations, these customs are less pronounced in favor of a more commercialized and secularized celebration.

In Ireland and Scotland, the turnip has traditionally been carved during Halloween, but immigrants to North America used the native pumpkin, which is both softer and much larger – making it easier to carve than a turnip. The American tradition of carving pumpkins is recorded in 1837 and was originally associated with harvest time. It did not become specifically associated with Halloween until the mid 19th century.

The modern imagery of Halloween comes from many sources, including Christian influences, national customs, works of Gothic and horror literature (such as the novels Frankenstein and Dracula) and classic horror films (such as Frankenstein and The Mummy). Imagery of the skull, a reference to Golgotha, in the Christian tradition, serves as a reminder of death and the transitory quality of human life and so skulls have been commonplace in Halloween. Elements of the autumn season, such as pumpkins, corn husks and scarecrows, are also prevalent. Homes are often decorated with these types of symbols around Halloween. Halloween imagery includes themes of death, evil, and mythical monsters. Black, orange, and sometimes purple are Halloween's traditional colors.

Haunted attractions are popular entertainment venues designed to thrill and scare patrons. Origins of these paid scare venues are difficult to pinpoint, but it is generally accepted that they were first commonly used by the Junior Chamber International (Jaycees) for fundraising. They include haunted houses, corn mazes, and hayrides, and the level of sophistication of the effects has risen as the industry has grown. Haunted attractions in the United States bring in an estimated $300–500 million each year, and draw some 400,000 customers. This maturing and growth within the industry has led to technically more advanced special effects and costuming, comparable with that of Hollywood films. 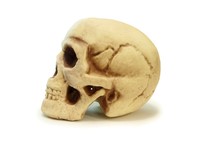 On All Hallows' Eve, in Poland, believers pray out loud as they walk through the forests in order that the souls of the dead might find comfort. In Spain, Christian priests toll their church bells in order to remind their congregants to remember the dead on All Hallows' Eve. In Ireland, and among immigrants in Canada, a custom includes the Christian practice of abstinence, keeping All Hallows' Eve as a meatless day with pancakes being served instead. In Mexico, the children make a children's altar to invite the angelitos (spirits of dead children) to come back for a visit. The Christian Church traditionally observed Halloween through a vigil when worshippers would prepare themselves with prayers and fasting prior to the feast day itself. This church service is known as the Vigil of All Hallows or the Vigil of All Saints. After the service, suitable festivities and entertainments often follow, as well as a visit to the graveyard or cemetery, where flowers and candles are often placed in preparation for All Hallows' Day.

In Utah and perhaps in other places in the United States, trunk or treat has become a popular way of celebrating Halloween. This tradition allows children to trick or treat but also allows parents some sense of safety since the trick or treating is confined to a parking lot where parents assume they know the individuals giving out the treats.

This information is made available by Spaulding Law for educational purposes only and not to provide legal advice. By using this website, you understand that there is no attorney-client relationship between you and Spaulding Law, unless you have entered into a separate representation agreement. This information should not be used as a substitute for competent legal advice from a licensed professional attorney.