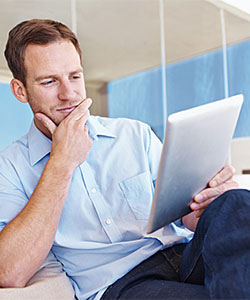 Governor Bill Ritter recently signed into law a new tax credit for businesses that wish to create new jobs in Colorado. Businesses operating in Colorado can take advantage of the tax credit that can equate to 3.825% of the wage the business pays to each employee that qualifies under the credit.

On May 4, 2009, Governor Bill Ritter signed into law House Bill 09-1001, known as the Colorado Job Growth Incentive Tax Credit (the “Credit”), which provides an income tax credit to firms that create jobs in Colorado. The Colorado Office of Economic Development and International Trade (the “Commission”) is charged with determining if an employer qualifies for the Credit. In order to qualify for the Credit an employer must, after applying and obtaining conditional approval from the Commission, create a certain number of jobs and maintain such new jobs for at least one year. The value of the Credit is typically equal to one-half of the amount the employer must pay in FICA taxes for the newly created jobs (approximately 3.825% per year for each new job’s annual wage). The Credit is available for tax years 2009 through 2018 with a maximum Credit eligibility period of no more than five total consecutive tax years per employer. Following is a checklist that can be used to help determine if an employer is eligible and to navigate the application process:

The Commission has developed the following list of Colorado counties that are considered ERE Zones for the 2009 and 2010 calendar years:


How to Apply for the Credit

An employer must submit an application for conditional approval of the Credit before the project commences in Colorado. The application requires the following information:

What the Commission Considers

The Commission has the discretion to grant conditional approval and will consider the following factors:

While the Credit is not a large incentive compared to other states that compete for the creation of new jobs, the Commission believes that the Credit is significant enough to bring Colorado to the table in competing for new jobs. Colorado has traditionally relied heavily on non-economic incentives, such as the quality of life that the state offers, but now believes that offering the Credit will justify the Credit’s $16 million dollar price tag to the state. Businesses that create new jobs could save thousands of dollars by taking advantage of the Credit; however, such businesses must apply for the Credit before they create the new jobs. Considering the current recessionary period, any cost-saving measure means money in the bank.